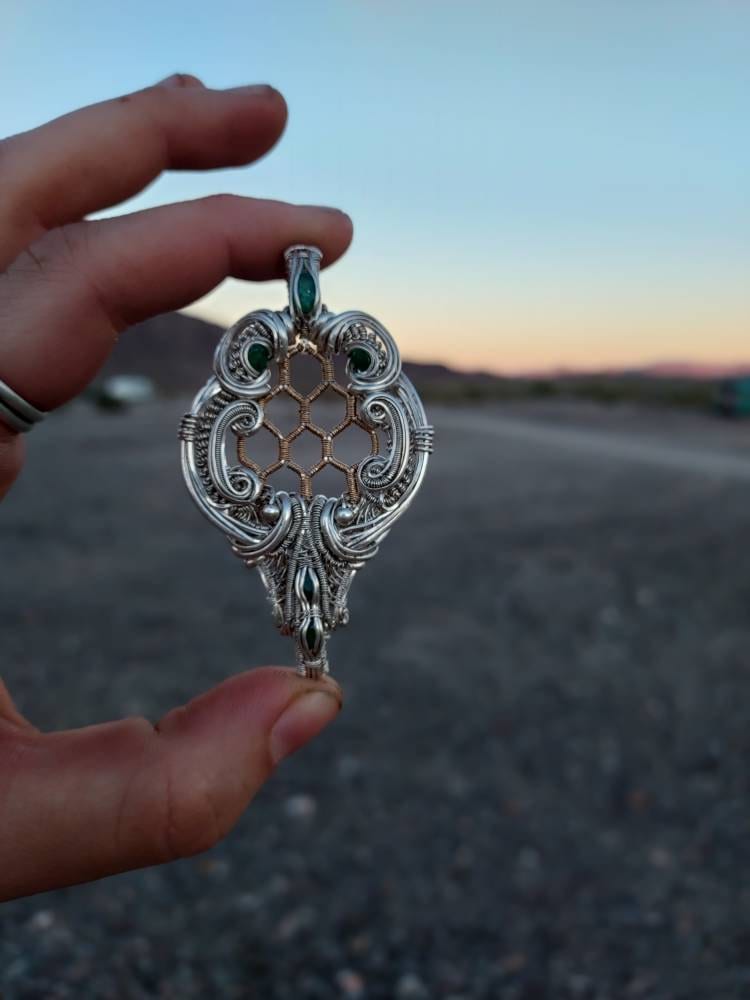 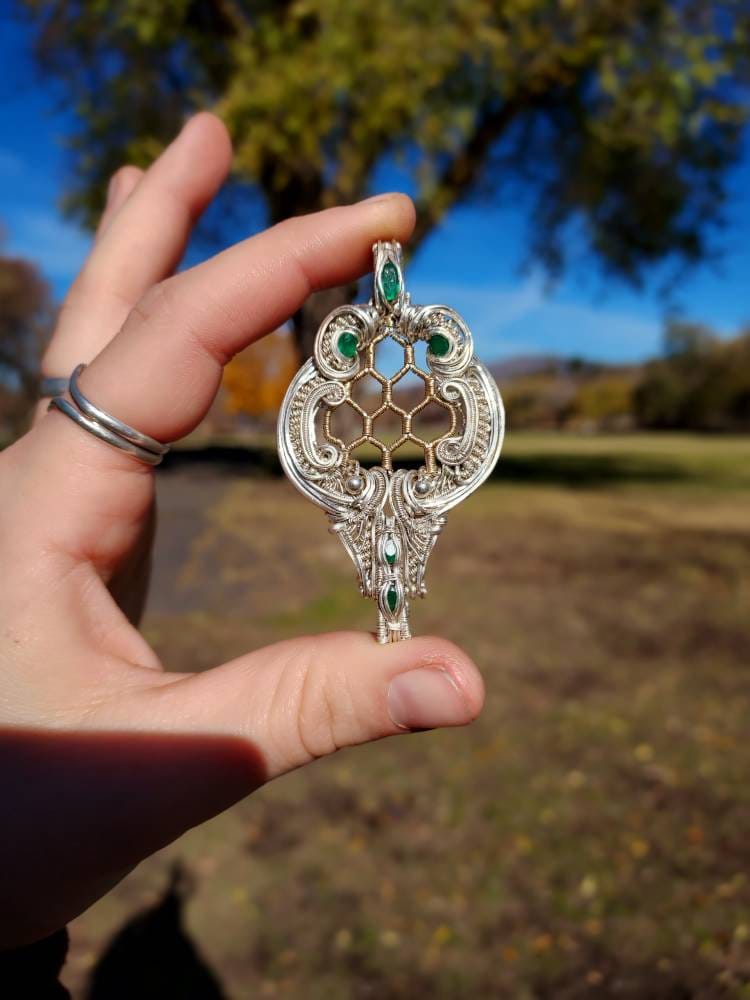 Pleased to present the second in the Thraie series of pendants. "Kleodora" famed for her gift. Man I put some magic into this one! 🧙‍♂️😜 1.2 carats of New Zambian Emerald set symmetrically in sterling silver and 14/20 gf. Comes with a 24" 3mm Sterling Silver Rope Chain (made in Italy) 10% of the profit of this pendant will go towards saving the bees 🐝🐝🐝🐝🐝

In Greek mythology, Kleodora or Cleodora (/kliːəˈdɔːrə/) was one of the prophetic Thriae, nymphs who divined the future by throwing stones or pebbles and were associated with the Oracle of Delphi. She and her sisters Melaina and Daphnis lived on Mount Parnassus, where Delphi is located. With Poseidon (or Kleopompos), she was the mother of Parnassos,[1] who created a method of telling the future using birds and founded the main city on Mt. Parnassus. Kleodora's father was Cephissus, a river-god of northern Boeotia. Kleodora's name means "Glorious Gift", in reference to her gift of prophecy.

As a member of the Thriae, Kleodora is often conflated with the bee maidens of the Homeric Hymn to Hermes, whom Apollo directs Hermes to learn prophecy from.

I gladly accept returns and cancellations

Ship items back to me within: 7 days of delivery

Request a cancellation within: 24 hours of purchase

But please contact me if you have any problems with your order.

The following items can't be returned or exchanged

Because of the nature of these items, unless they arrive damaged or defective, I can't accept returns for:

0 items in your cart